For one of my final year university modules we have to do an On Location project. I have chosen to do mine on the pros and cons of grazing feral ponies on nature reserves and for this I am visiting Drumburgh Moss National Nature Reserve in Drumburgh, Cumbria where eight Exmoor ponies roam and graze.

I haven’t seen 5am for a while, but it sure is a tough wake up when it’s dark and cold out. I pushed through getting ready in record time to leave for the bus. Stepping outside I was greeted by a thick fog, covering me like a blanket along with the bitter cold. ‘Gee whizz’ I muttered. Setting off at a brisk walk, I soon warmed up admiring the fog as I went hoping it would stick around until sunrise.

I stepped off the bus at Drumburgh missing the warmth already; I set off down the lane. The droning of the cows drowned out the twitter of the birds I was straining to hear. Not only could I hear them making a racket the smell of cow was overpowering. As I reached the reserve entrance I glanced across a field, a thin layer of mist smothered the ground; the sky had become pink like a sea of cotton candy.

I decided before looking for the ponies, I would have a gander inside the fenced area of the nature reserve where the raised mire is. It was beautiful, from the reflections in the water to the mist rolling off and onto the vegetation to the sparkling water drops, the cob webs twinkled as the orange fireball rose. It was time to move on and get those foggy morning shots I so desired.

No sooner had I rounded the corner I could make out the ponies, clouded in the swirling vapour. As I approached they raised their heads high, their gaze watched my every move checking that I was not a predator. As I neared I started to snap away, the dew laden grass glittered. One watched and posed away, the other two disinterested carried on munching away. He became inquisitive by the noise of my camera and started to approach but in doing this, 4 horses charged out of a little wood behind me. I hadn’t even noticed they were there, only the other two on the opposite side of the path to me. On they cantered towards me, nostrils flared, snorting and prancing. ‘Oh boy, I don’t want to get caught up in this’ I thought. I backed away slowly, making sure I wasn’t going to be stuck in the middle of them, they stopped, observed and one brave pony approaches, a slight wild look in his eye. ‘Steadddy’ I murmured. His ears twitched, slowly he walks on. I moved my arm slightly; he jumps back, spins and runs. Snorting he tries again whilst two others fight just to the left of me, kicking and rearing at each other. This is not the position I want to be in. I edge to my right, slowly making way to give myself a good distance between them again. The inquisitive one follows me, I stop, he stops. Slowly I turn take some pictures, he breathes out, adding to the fog. Shoving his nose towards to the camera lens he sniffs it, deciding I am no threat, he wanders back to his herd. I stand and watch, behind me the golden light softly caressed the land.

The herd move around splitting into their groups of 4, a 3 and a lone one. I think to myself, now then if they would kindly like to stand over there in the golden light it would be beautiful, like the picture I hoped to achieve. What happened next was magical. One pony wandered straight past me, followed by another into the pale orange hue. I stood and gawped. I couldn’t believe it. I snapped away frantically not wanting to miss my chance, in the doing of this, I was joined by a pony stood at my side, looking on he sighed, and nudged me. When I didn’t respond to this he took to grabbing my camera bag between his teeth and pulling backwards, he soon lost interest when this didn’t get a response either and walking into the light.

I don’t know what it is with these ponies, but seemed to love starting a fight right in front of me. For the second time this day I had a pair squeal and rear up at each other. I left them all too it for about half an hour to look around the rest of the reserve before heading back, taking some more photos of the ponies to pass some time before heading to the bus.

Here are a few pictures from yesterday, I took over 700…..and have somehow got to pick ones out for the magazine article and for prints. Fun and games, but please let me know what you think :). 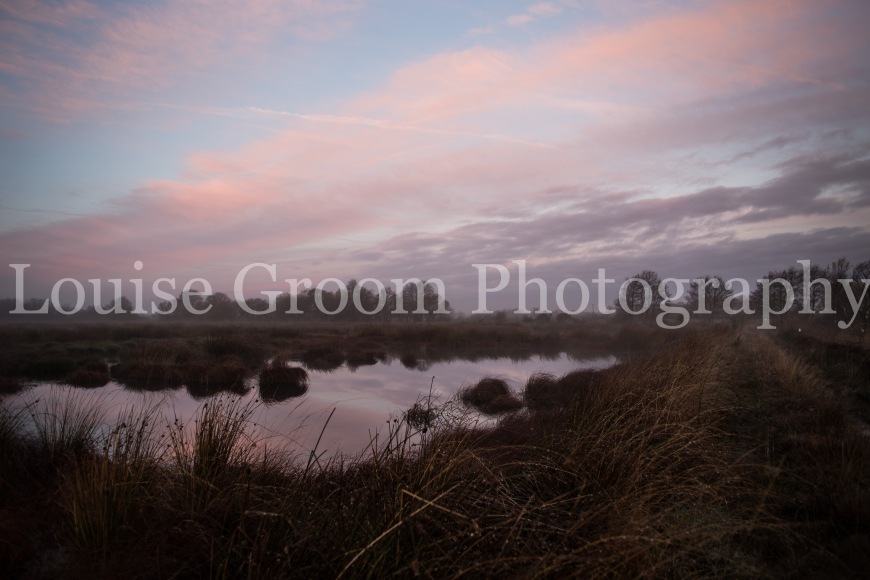 Feel free to let me know what you think, first time doing some serious filming and editing.

So this week I spent three days volunteering with the Racehorse Rescue Centre in Carlisle.

The Racehorse rescue centre is run completely on volunteers and rescues ex racehorses to retrain and rehome, they also run therapy sessions for injured soldiers and people with disabilities.

I really enjoyed the couple of days I spent helping out and am looking forward to returning in September. I met some lovely people and horses too and got the opportunity to ride two of them! Both of which were lovely 🙂
I managed to get a few snaps so have a looksee, I am also planning a fundraiser for when I am back in September so stay tuned at http://www.facebook.com/louisegroomphotography.

Be sure to check out the Racehorse Rescue Centres Page and website too! 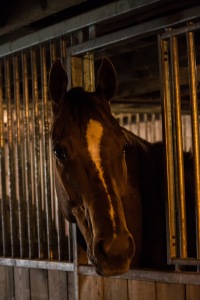 Yesterday afternoon I went for a walk to Rickerby Park (I was debating about going for a walk this way or along the Caldew but opted for Rickerby seeing as I haven’t been there in awhile. So off I trotted, in a world of my own until I reached the grassy path, I then went on the lookout for birds, or anything I could find.

After walking for about 20 minutes, I had a little tapping coming from a tree above me, I looked up to scan for what was making the noise and found a pair of nuthatches tapping on the branches. I struggled to keep an eye on them, as they kept moving and flying about, but here’s a picture I did manage to get. (I also received a few looks from people walking past, who were trying to figure out what was so interesting in the tree)

Moving on I headed along a path by the river near the owl and kestrel boxes, walking along I heard the familiar sound of a woodpecker drumming, grinning away to myself I walk along peering up at the trees, to see where the noise was coming from. Soon enough I spotted a flash of red at a top of a tree, and saw the Great Spotted Woodpecker drumming away. No sooner had I saw it, it moved to another tree. Staying were I was, I waited to see if it would come back the original tree, moving slightly to get a better view of the branches, it soon flew back, drummed again and then another woodpecker came along, they flew off to the other side of the river bank before returning minutes later zipping above and around my head – I must have looked a right one grinning and beaming away to myself at the pure joy of the site of woodpeckers. Next thing I know a third pecker comes along, there’s a lot of noise at this point they all fly off disappear for a bit come back fly above my head a few more times and zip across to the other side of the park, I hear more drumming noises and move along the path a little bit towards a bench to see where they went. About 5 minutes later two woodpeckers return to a nearby tree, and then another 2 and all 4 fly off in the same direction! I think my grin was spreading across my face even more at this point because I couldn’t believe it, 4 peckers at once! Flying quite close to me too! 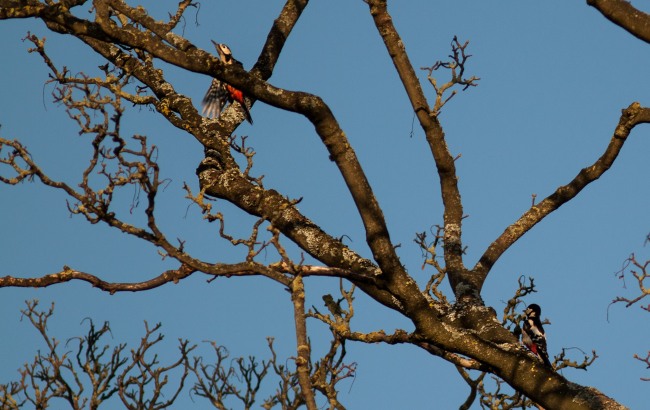 Happy with this, I set off to walk back home looking up at the trees once more and caught site of a pair of peckers mating…

So yeah that was my walk yesterday! Also saw chaffinch, blue and great tits and loads of frogs….:) 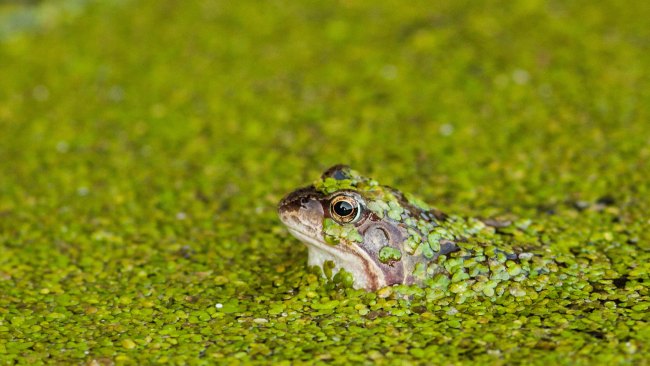 Yesterday I went to Maryport, its a real nice place! Saw Oystercatcher, Ringed Plover and Redshank, heres a picture I took of an Oystercatcher. I spotted them by the seas edge from a distance away and was wondering what they … END_OF_DOCUMENT_TOKEN_TO_BE_REPLACED